The decision by Mr Speaker to relax the rules about ties in the House of Commons has been troubling me. As I’m a peer and a former Leader of the House of Lords, I should make clear my concerns have nothing to do with how or whether parliamentary traditions should be changed; that’s a different debate. And I feel it necessary also to say that I’m not a fanatic about ties and am happy to go with a “time and a place” type approach (I used to work in the media where they have long been optional).

My worry is Parliament – where our laws are made – dispensing with a universal symbol of common standards, without any regard for how and why such things might matter to everyone else. And of all the times to dispense with something that’s universal, choosing to do so now.

Since the referendum there’s been a lot of talk about our divided nation and the growing sense of “them” and “us”. Alongside age, the starkest divide is between those whose education ended at secondary school and the rest who have at least one degree. This divide is a serious problem, and you will hear us politicians routinely say in response that the best solution is more social mobility. Or, to put it bluntly, we need more people from working-class backgrounds in powerful positions.

Well I wouldn’t disagree with that, except it’s assumed the best way to make it happen is for more youngsters from working class backgrounds to obtain degrees. Again, that’s fine, but it doesn’t address the bigger problem this education divide exposes.

As someone without a degree who travelled a long path myself, I can see now that one of the most insidious ways those of us in powerful positions have diminished opportunities for non-graduates over the last 20 years is by undermining the importance of some standards hard-working people of all backgrounds used to share. More worryingly, we are still doing it without seeming to understand it is precisely these common standards which help people – especially those without the benefits the rest of us enjoy – navigate their way to success.

In the mid-80s when I arrived in London aged 18 to join the Civil Service as a secretary, I could not conceive of eating fish without batter, pronounced the title Viscount “viz-count” (like the biscuit I was more familiar with), and had only ever heard the name Trollope used about women with certain reputations. My lack of knowledge and sophistication was innocently on display for all in my new world to see. But so too was my positive attitude to work, evidenced by my smart appearance, timeliness and reliability. In other words, all the things I had learned growing up in my old working-class world were just as relevant in this other, rather alien place because they were mutual. They allowed me to say to my better-educated bosses without the need for words: “I take my job seriously just like you take yours.”

How I went from being an ambitious secretary to a Cabinet minister thirty years later cannot be reduced to one reason, but I know for sure (not least because I received so little formal education) that the attitudes and behaviours I brought with me from the world in which I grew up guided my path more than anything else. They were crucial because they are simple and universal and I was lucky that for the first 10 or 15 years of my working life, people of all backgrounds shared them. They didn’t require translation or a code and allowed strangers from all walks of life to cultivate trust and confidence in each other.

But over time and as I progressed up the ladder, I noticed that the common standards both my worlds used to share became less important to the new, more powerful world I had joined. It’s not just about dress code. In my new world, simplicity in so many ways is shunned as old-fashioned and unsophisticated in favour of more complex nuances understood by only those with the money and/or education necessary to be a member.

This separation and exclusivity has real consequences.

Now, even outsiders who’ve worked hard for their degrees and gain access find their new complicated world forces them to change the attitudes and behaviours that would otherwise also keep them connected to where they’ve come from. They have to, because there’s no advantage to not adapting to fit in and get on.

All of this illustrates how those of “us” who enjoy great privilege are growing apart from “them” who don’t. And it’s made worse because we don’t even notice now that we are doing it.

Some people will argue I’m making a fuss over nothing. A tie is just a tie, they will laugh – a piece of coloured cloth with a knot in it. But these are the people – most likely highly educated – who don’t understand. They have created so many other ways to signal their status and importance, they no longer value some basic standards other people have to rely on when trying hard to succeed.

Every time we dispense with something simple and universal, which signals a standard we share, the bigger the divide between us grows.

And if the people in charge don’t value and protect the simple standards we all understand and used to share – who will? 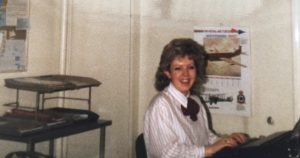